The Flight Simulator is based on a modern Jet Airliner. It is designed specifically as an entry level training device with capability for deployment as a retail experience simulator. It provides a superb environment that replicates a modern twin jet environment. 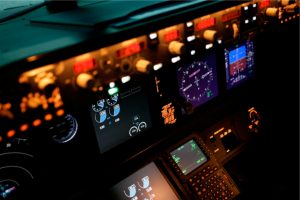 Note: Some features may differ depending on location.

The FLY A JET Experience simulator is known as the PS3 and is manufactured in Christchurch, New Zealand. It is designed as an authentic aviation experience device.